"The history of man is a series of conspiracies to win from Nature some advantage without paying for it."
- Ralph Waldo Emerson

That sentiment could be restructured another way to include the series of conspiracies of the wealthy few to win advantage from the majority.

Of course we are paying… for it all. In refusing to respect the harmony of all species and environs, in all ways, we have arrived at a point that requires more than mere reflection. This comes as no surprise to most of us, is of no import to some of us, and is used to great advantage by a small but influential few of us. We need to change our thinking and our actions and make these changes a vital part of our existence; and all needs to happen with greater speed and results than we have evidenced to date.

Per a recent article in The Economic Times: "In the last 25 years wealth has become even more concentrated in the hands of fewer people so much so that one per cent of the world's families own almost half (46 per cent) of the world's wealth … Moreover, seven out of ten people live in countries where economic inequality has increased in the last 30 years."

Harry Belafonte spoke at the University of Michigan last month honoring the Reverend Martin Luther King, Jr.'s birth. He urged us to find our moral compass (among numerous other things). It was a compelling oratory and we are, indeed, in sorry need of rousing and a plan for ourselves. As Mr. Belafonte pointed to, visionaries and leaders, those that minister to apathy and ambivalence, appear to be in short supply in this generation. Or maybe they just can't be heard in 140-character expressions. Whatever the combination of issues, we humans are failing to change the dire conditions that we have created with the kind of concentration, resolve, and steadfastness necessary for an equilibrium of species, earth, economy, etc.

Every small bit counts toward clemency, toward a truce, for beings and for the globe. Each thought, every act, each reexamination, is either of service and furtherance toward this universal clemency or not. Each time we ask ourselves what our values are and how best might we live them we do something more than avert our gaze. Every time we revisit our beliefs and check to see if we are actually translating them into actions we advance. If we aren't all engaged in a course of transformation, it begs my next question, "What the hell are we waiting for?"

I awoke the other morning fantasizing; one billion of us contributing $1.00 each could begin to reverse what others have wrought in the name of wealth and primacy or in the name, for instance, of Tea Party profiteering and propagandizing. We can become a tribe of resolute equalizers; the billion dollars going to educating the undereducated or cleaning up the air and water. How about preventing one more economically imperiled brother or sister from going to prison? 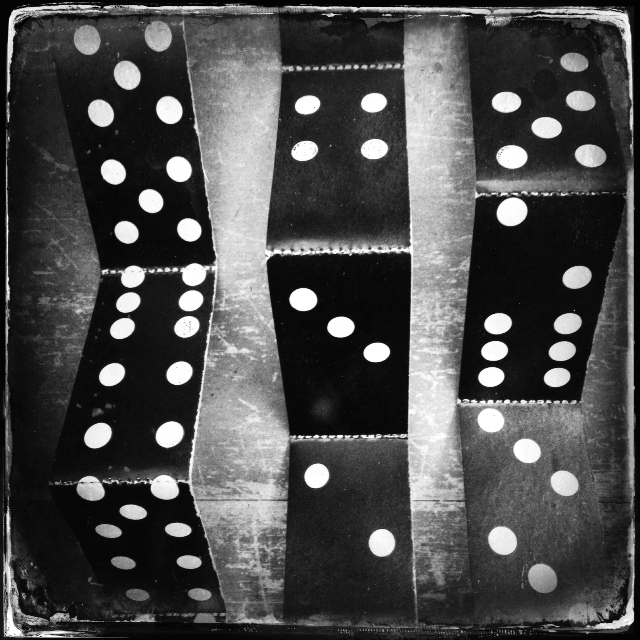 Each day requires attitude, a sense of collaboration, the realization that you, me, the environment, the species are without a wall between us; there is only interconnectedness. The online dictionary on my computer indicates that the second definition for integrity is, “the state of being whole and undivided; the condition of being unified and unimpaired; internal consistency, or lack of corruption…” Every day requires a sense of empowerment rather than defeat and each moment requires knowing that how you think, feel and believe is how you are and, how we are, and how our planet is.

Please tell me, where is the internal revolution within each of us so that externally, and non-violently, there is an orientation of revolt so steadfast that we might move mountains, figuratively, and actually clean the air, purify the water, educate rather than incarcerate? We have the means to get rid of the damaging practices, to feed all beings, to, generally, square it with one another. Anything we want to do is possible so I ask, "What are we waiting for?"

"There was a moment in our lives (or a month, or a year) when certain facts appeared before us, startled us, and then caused us to question beliefs that were strongly fixed in our consciousness – embedded there by years of family prejudices, orthodox schooling, imbibing of newspapers, radio, and television. This would seem to lead to a simple conclusion: that we all have an enormous responsibility to bring to the attention of others information they do not have, which has the potential of causing them to rethink long-held ideas", so said Howard Zinn a few years before he died. Additionally, he rightfully related, “Capitalism is a limited and limiting system and yet we are encouraged to believe that it birthed a ‘land of opportunity.’” People and equitable systems build opportunities. There are plenty of hard working people, some holding down a multitude of jobs, but they aren’t so much making it as making it unlikely that they will eek out anything more than mere existence from supposed “opportunity”.

We have the power; we elect officials, choose where to spend our money, can assemble and voice our concerns. Now, more than in any time in history, we can effect change quickly and without violence via swift and global means of communication and economic pressure. We have choices; so many in fact that in this century we are apt to forgo choosing out of profound feelings of futility and indifference. We need, however, to remember the power inherent in the act of choosing and keep doing so even when we might wonder at the degree of forward movement. What the hell are we waiting for?